According to Sheriff Jody Dotson, the department has seen the introduction of bath salts into the local drug culture. According to the Sheriff, three individual cases have surfaced over the last 3 weeks, each case has a similar theme, the end user thought they were buying Ice but instead ended up with the synthetic Bath Salts causing radical behavior, sometimes violent.

Bath Salts, sometimes called â€œIvory Waveâ€, â€œPurple Waveâ€, â€œVanilla Skyâ€ or â€œBlissâ€ have sparked thousands of calls to poison centers across the U.S. The drug contains synthetic chemicals similar to amphetamines. Some but not all of the chemicals used to make the drug are illegal. According to the National Institute of Drug Abuse, these drugs have nothing to do with common bath salts and exactly what chemicals are in the drugs is unknown.

In 2012, the Synthetic Drug Abuse Prevention Act made it illegal to possess, use, or distribute many of the chemicals used to make bath salts. In all the law covers 26 chemicals, all of which are known synthetic drugs. Included in the Federal Law it is stated that the known chemicals used to produce the synthetic Bath Salts are considered a Schedule 1 drug meaning they have no medical value but pose a high risk for abuse.

According to Lawrence County Sheriffâ€™s K-9 Officer, Blake Liscomb these synthetic drugs normally begin to surface in the larger cities, more often those with universities. Officer Liscomb told us that sales of the â€œNewer Synthetic Drugsâ€ also known as â€œdesigner drugsâ€ will often first be seen around college campuses before moving into the more rural areas such as Lawrence County. Officer Liscomb also advised that those using synthetic drugs such as Bath Salts will often exhibit their dangerous behavior for a longer period of time than that of Meth or Ice users, sometimes the subject will be in a radical form of behavior for up to 4 or 5 days before coming down off the drug. Officer Liscomb also stated these drugs are very dangerous because one never knows how the user will react, even after the first time they try it. Liscomb went on to say that the Bath Salts can be use by snorting, shooting or mixing with food and drink. 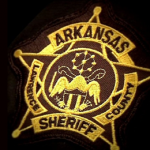