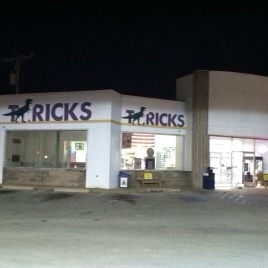 Pocahontas Police released a statement today about a string of robberies including a local convenience store.

According to investigators, Kenneth Wendell Carter pled guilty earlier this month in Federal Court to his part of the series of Armed Robberies that occurred in Memphis, Tennessee, Forrest City, and Pocahontas.

Those robberies included the robbery of the T-Ricks convenience store located on Highway 67 South.

During October, 2019, the Pocahontas Police Department was able to coordinate the arrest of Mr. Carter with St, Louis Police, and the St. Louis F.B.I. Violent Crime Task Force.

The Pocahontas Police Department would like to thank the Jonesboro office of the Federal Bureau of Investigation (F.B.I) and their agents for their diligence in the conviction of Mr. Carter in these series of events.

If you have any information in this matter, feel free to contact the Pocahontas Police Department.

Imboden Live is a hometown owned and operated online newspaper,  documenting and celebrating  life in small town america. Located in Imboden, Arkansas we strive to provide local residents and surrounding areas with a quality online resource for  news commentary and  information.