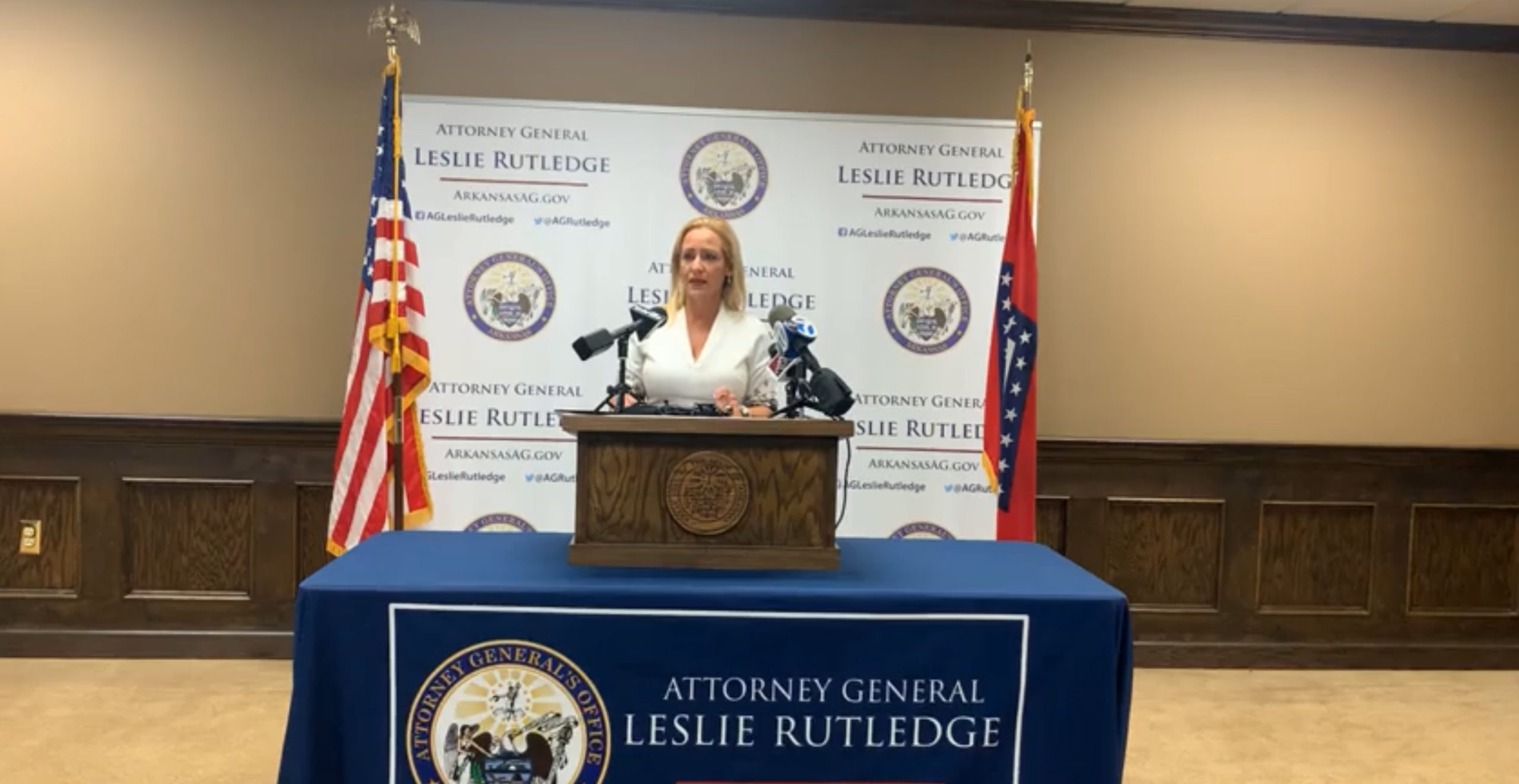 LITTLE ROCK â€“ Arkansas Attorney General Leslie Rutledge filed a lawsuit today against Kristy and Erik Schneider, from Saline County, who wrongfully misrepresented that their minor child was deathly ill resulting in the Schneiders receiving over $31,000 in charitable contributions and assistance from Arkansas consumers, organizations, and law enforcement agencies. The Schneiders falsified their childâ€™s health condition to medical providers and lied to the general public in order to provoke an outpouring of well wishes, which often resulted in donations. The complaint alleges the Schneidersâ€™ actions violated the Arkansas Deceptive Trade Practices Act (ADTPA).
â€œIt is inconceivable that parents would endanger their innocent childâ€™s health for their own profit and no child should ever be treated in this manner,â€ said Attorney General Rutledge. â€œThe Schneiders conned so many who gave thousands of dollars in honor of their ill child. There is nothing more reprehensible than taking advantage of the goodwill and generosity of your neighbors.â€
In February 2019, Kristy started posting updates to CaringBridge.org about the health of her ill child. She claimed the child had a rare chromosomal disorder and was dependent on feeding tubes and about 15 different medications to keep the minor alive. She told her followers the child began to see a number of specialists including neurosurgeons, neurologists, geneticists, complex care physicians, and more. She wrote, â€œAfter seeing multiple specialists, trying everything possible, and consulting with doctors in multiple other states/facilities, it was determined that the recommended course of action was to come home on hospice care.â€
The Schneiders decided the childâ€™s feeding tubes would be withdrawn to cause the minor to die a â€œnatural death.â€ By this time, their story had a following in the public eye from law enforcement, concerned citizens, local news reports and others. When the child returned to Arkansas Childrenâ€™s for end-of-life care, the minor was accompanied by hundreds of law enforcement officers and first responders to fulfill his final wish to see as many first responders as possible before his death. This event was widely publicized and involved resources paid for by taxpayers in the form of hundreds of law enforcement officers from central Arkansas.
After the child arrived at Arkansas Childrenâ€™s for end-of-life care, the minor made an unexpected recovery. Doctors removed the feeding tube and gave the child nutrition, including liquids and popsicles, for a week and a half. Doctors reported the patient appeared to look better than the minor had in months. Despite the positive development, the Schneiders forced doctors to put the child back on a feeding tube.
Even the Mayo Clinic later refused to grant Kristyâ€™s request to return the child to hospice care. There, and at Arkansas Childrenâ€™s, Kristy continued to exaggerate the childâ€™s symptoms. Soon thereafter, doctors reported the child was a victim of Munchausen by Proxy.
As the child seemed to be battling for his life and doctors around the country struggled to understand the nature of his medical condition, the kindness of people and law enforcement across Arkansas and the world was on full display; thousands of dollars in donations and resources poured in from throughout the United States and even foreign countries. Between gifts, meals, cash contributions, and medical transportation, the Schneiders received $31,895 in donations from consumers motivated by nothing more than goodwill and kindness. In Arkansas, each violation of the Arkansas Deceptive Trade Practices Act could result in injunctions and civil penalties of up to $10,000 per violation.
For more tips to help avoid falling victim to bad actors, or to file a consumer-related claim with the Arkansas Attorney Generalâ€™s Office, call (800) 482-8982, email consumer@arkansasag.gov or visit ArkansasAG.gov.