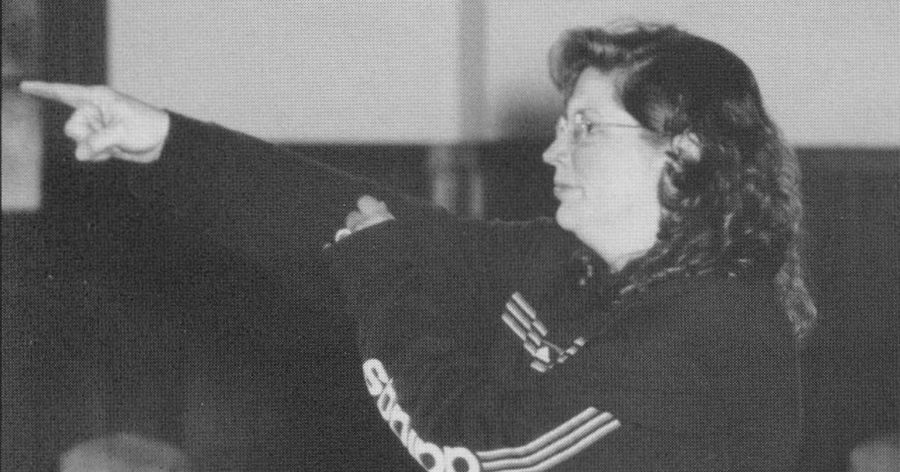 Melinda Williams will celebrate 35 years of service at Williams Baptist University during Homecoming weekend with the production of Neil Simonâ€™s, â€œThe Good Doctor.â€ Â The play will be staged Friday and Saturday, Nov. 2 and 3, in Startup Chapel.

In the fall of 1983, Melinda Williams began her professional career at WBU.Â  Throughout her 35 year tenure, Williams says her journey has been an ongoing mix of chaos, passion and ceaseless lessons that extend beyond center stage.

Williams credits her success to her high school drama teacher, who coerced her to step into the spotlight for the first time and is a continual encouragement to her. Williams stated, â€œShe is coming to my 35th celebration, which I consider a great honor.â€

The milestone year allows for Williams to reflect on her past and what she wishes for the future. In hindsight, Williams would title the last 35 years of her life as, â€œWhat in my life has led me to this?â€ Williams said, â€œThere is a moment in every production that I wonder if it is all going to come together, if I actually know what I am doing, if something else will go wrong.Â  That is when I wonder, what in my life has led me to this?â€

Williamsâ€™ passion for the theatre and the students she works with keep her teaching and directing. â€œWhen you love the theatre as much as I do, you cannot walk away from it.â€

She selected â€œThe Good Doctorâ€ to commemorate her anniversary in tribute to the late Neil Simon, who she started her career with.Â  Williams encourages the audience to attend without â€œexpecting a continuous story. It is a combination of several short pieces.â€

â€œThe Good Doctorâ€ is a comedy with music written by Neil Simon that consists of Anton Chekovâ€™s short stories. The narrator, Kristin Britt of Chandler, Texas, guides the audience through the stories that result in a comedic evening full of humor and warmth.

â€œThe Good Doctorâ€ will run November 2 at 7:30 p.m. and November 3 at 5:30 p.m. in Startup Chapel formally known as the Old Chapel on the WBU campus. Tickets are $3 for students and senior citizens and $5 for general admission.

Williams is a private, Christian university in Walnut Ridge, Ark.

Photo attached of Melinda Williams directing a WBU theatre production in 2002.Â  Williams will celebrate her 35th anniversary at WBU this weekend.